We are excited to announce the highly anticipated Verge3D 2.3 for Blender that will surely meet the expectations of our customers to whom we are so grateful for their invaluable feedback. This release concentrates on further interconnecting the realms of 3D graphics and web development to allow for creating immersive experiences without the need to write any code.

The tools that we added to facilitate a code-less 3D web development approach are demoed in the following web app that was originally created for the 3ds Max version and is now available to Blender users as well. Enjoy!

When making this demo we used the following 10-step workflow: 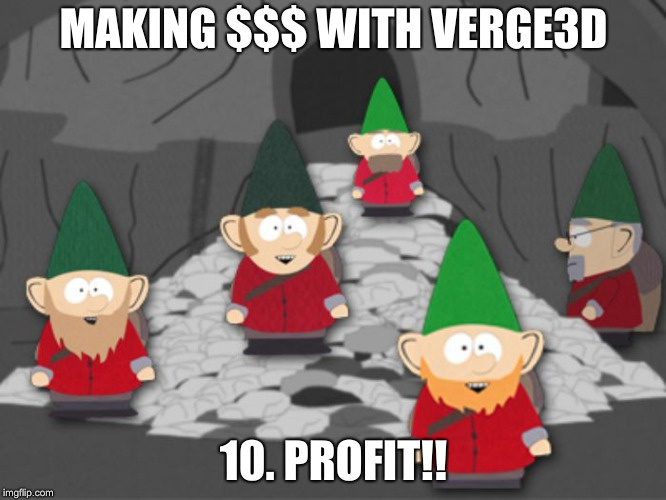 We encourage you to check out the source files of this app that are included in this release bundle. We are also sharing the corresponding Webflow project: link.

Making of the presented Teapot Heater demo was possible thanks to the bunch of new instruments that became available with this release. The HTML puzzles were used to connect the web-based buttons and 3D objects visually with lines and logically with events, to hide the custom preloader screen, to setup the custom fullscreen button, to switch info boxes and fade them out with distance, etc.

Compared with the previous release, the toolbox of the HTML puzzles was supplemented with several new mates. Among them are the puzzles for drawing/removing lines, configuring the fullscreen mode, and binding an HTML element to a 3D object (this one is similar to the annotation puzzle, but more flexible). Notice the in parent doc checkbox that is used to access HTML elements from inside an <iframe> element.

Besides the HTML puzzle set, we’ve got 4 very useful puzzles that are rather self-explanatory: parent, constraint mute/unmute,  distance and set sound volume. The distance puzzle, particularly, was used to fade out interface elements upon closing to the teapot heater model.

The puzzle for calling JavaScript functions now validates if a function actually present in the code (if not, it will highlighted its name with red color).

Finally, the XMLs to which puzzles are saved now won’t be minified to allow for more convenient copying between projects.

We took significant efforts to review the shadow implementation code and added several new options that you can tweak for better quality. Map Type selects the shadow algorithm – you can use this switch to trade between speed and smoothness. Map Side denotes which side of polygons is rendered during the shadow pass.

Among the per-light settings, Size/FOV, Near and Far can be used to tweak the shadow volume (the less the better). Radius controls the blurriness ratio, Map Size – how big is the shadow texture (trading between speed and quality).

Bias can now be positive or negative. What to choose depends on the above-mentioned Map Side setting. If Front Side is selected, the positive Bias should work well (and conversely, Back Side – negative). Tweak the Bias until you get rid of self-shadow artifacts and/or the peter-panning effect.

On the side note, now all objects without materials assigned are still capable of casting and receiving shadows in accordance to Blender behavior.

Finally, we have fixed the bug with multiple shadow-casting lights crashing the renderer on some Linux-based and possibly macOS systems.

This last moment feature should be considered experimental: an entire website is interactively rendered inside a 3D scene.

This is done with some programming this time using the threex.htmlmixer library – see the source files inside the Verge3D bundle.

Animations for objects with the non-identity parent inverse matrix now work as in Blender (no need to invoke Clear Parent Inverse).

The dimensions panel is re-appeared for the Verge3D profile. Its Frame Range and Frame Rate settings are now exported and used by the engine and the Puzzles for more consistency.

The camera default behavior changed a bit: zooming was disabled for the middle mouse button – it now pans instead. Zooming is still possible with the mouse wheel. For the Flying camera we also increased the default panning speed to some extent.

Also there are now means to configure the Flying camera controls. This achieved by adding the mouseButtons property to the FlyingControls class:

As you might have noticed, the Enable LZMA Compression checkbox now available in the Export Settings. This produces .xz files alongside the usual .gltf/.bin files which you can load in your app as described in the Manual (scroll down to Using xz-compressed files in Verge3D).

We significantly improved the quality of normal mapping thanks to exporting tangents of meshes for both standard and PBR materials.

UTF-8 characters are now properly displayed in glTF files when viewed with a text editor.

If a project turns out to consist of multiple HTML files (like Teapot Heater), the Puzzles will be linked to the one with a name that most closely resembles the name of the application.

The Child Of object constraint is now supported – this adds to the following list of already supported constraints: Copy Location, Copy Rotation, Copy Transforms, Locked Track, Track To and Floor.

Here is the list of the most embarrassing bugs we managed to get rid of:

There was a minor update in the Max version recently, so this release is numbered 2.3.1 for consistency. Please don’t hesitate to leave your feedback in the comments and/or on the forums. We hope that you like our progress!